Nero Kane is an Italian psych dark folk songwriter with an intimate, minimal and decadent path. Both in his vocals and guitar style, his European roots intertwine with America’s desert rock sound in a project full of emotional vision. With an eye open to blues and classic songwriting, his music is particularly concerned with death, religion and love.

His debut LP “Love In A Dying World” was recorded and produced in Los Angeles by Joe Cardamone of Valley Recording Company (The Icarus Line / Holy War, among his collaborations The Jesus and Mary Chain, The Cult, James Williamson / The Stooges, Warren Ellis and Mark Lanegan), and released on November 30th, 2018 for LA art collective American Primitive. His sound has been critically defined as a suspended and crepuscular music where the melancholy of Nick Cave and the last Johnny Cash are mixed in a spare psych-folk and stark blues-rock with a distant, lost and frozen voice. The album was launched with an experimental film shot in California by Italian visual artist, performer and filmmaker Samantha Stella, who joins Nero Kane in the live set on vocals and keyboards. The film was screened in museums and art galleries. The duo performed in many Italian and European venues, including theaters and churches, up to their tour in UK in February 2020, described by Backseat Mafia (UK) review as a live where “there is an intensity, a sense of foreboding that is heightened routinely by intense atmospherics which makes it unique.” His second album “Tales of Faith and Lunacy”, recorded and produced near Venice in Italy by Matt Bordin of Outside Inside Studio (Squadra Omega, among his recordings and productions Thurston Moore / Sonic Youth, Michael Zerang, Jackie O’ Motherfucker, Delaney Davidson), was released on October 30th, 2020 in vinyl, CD and cassette via Berlin psych label Nasoni Records and Italian labels BloodRock Records and Anacortes Records. “Tales of Faith and Lunacy” is a visionary story with a cinematic flavor, a timeless journey conceived in a personal vision of faith between spirituality and passion. The album, featuring Samantha Stella as singer, musician and lyricist, and Nicola Manzan (Bologna Violenta) as guest violinist, unfolds in a desert landscape where medieval European mystical influences blend with the flavour of the American West to weave a gloomy, minimal psychedelia. “Of Knowledge and Revelation”, his third album, published in vinyl and CD on September 30th, 2022 with the experimental label Subsound Records, was created with the same team of the previous one: produced by Matt Bordin and featuring guest vocals/mellotron by Samantha Stella. Mainly inspired by ancient paintings and writings to describe a pilgrimage in the darkness of life, the album in under presentation in an extensive Europe/UK tour achieving great appreciation.

References in Nero Kane’s style, and therefore in the relative films’ aesthetics, can be found in the sick sound of Nick Cave, in the melancholy of Johnny Cash, in the insanity of Nico, in the darkness of Béla Tarr’s “The Turin Horse”, in the desert territories of Wim Wenders’ “Paris, Texas”, in the shamanic spirit of Jim Jarmusch’s “Dead Man” and in the visionary border landscapes of Cormac McCarthy.

Of Knowledge and Revelation – Selected Press

“Neo-expressionist pagan chant. Samantha Stella acts as a Nico in front of Coil and Popul Vuh, while Kane wears rigorous shamanic vestments, in an attempt to match Cohen with Jodorowsky.” Rumore (IT) printed edition September 2022, rating 80/100

“One of the most qualitatively rich albums of the year that is about to end. Persuasive, seductive, alluring, but above all with great, very great personality. Pure melancholy. Cathartic. Desertic. Unsettling. Ritualistic. Religiously annihilating.” Grind on the Road (IT) rating 9/10

“If the late productions of Nick Cave, Dead Can Dance and Velvet Underground may cross, the end result could be something like Of Knowledge and Revelation, bloody and unearthly at the same time. Like the musical equivalent of El Topo (Jodorowsky).” Inferno (FI) printed edition August 2022, rating 4/5

“Of Knowledge and Revelation is a truly spellbinding album and a very worthy addition to the list of great Italian albums, This is an Italian Occult Psychedelia album, using the true meaning of occult…secret or mysterious.” Sun and Violence (UK)

“Kane and Stella might seem in some ways the Italian Michael Gira / Jarboe in their apocalyptic folk works.” OndaRock (IT) rating 7.5/10

“Nero Kane takes us on a spiritual pilgrimage through the darkness. Somewhat rare but very peculiar material that makes it unique.” Hipnosys (MEX)

“A somewhat strange and charming affair. A truly otherworldly experience. Incredibly hypnotic, once you are under their spell, there’s no turning back.” The Sleeping Shaman (UK)

“A journey made of solitude, of rise and fall, in a word that recalls Dante’s Limbo.” Post-Punk (USA)

“A work that arouses profound suggestions, of a beauty that smells of death.” Blow Up (IT) printed edition October 2022, rating 8/10

“The Italian songwriter Nero Kane presents us a suggestive journey through Hell, Heaven and Purgatory in his new album inspired by Dante’s Divine Comedy. Minimalist and decadent.”  Visions (DE)

“Of Knowledge And Revelation resounds in the naves of a cathedral as in the middle of the desert and promotes Nero Kane as dark ambassador of Italy abroad.” Impatto Sonoro (IT)

“A record which is so delightfully arranged. Remarkable lyrics in a form of recitals that remind one of traveling bards. Stella’s voice is somewhere between Nico and Wolvennest’s Shazzula and it lends itself perfectly to these airy and eerie tracks which can soothe and scare at the same time.” Veil of Sound (DE)

“The rarefied, melancholic and distressing atmospheres bring us back to the apocalyptic folk of Current 93, to the desolation of Nico, that of Marbel Index and Desertshore, and to the restlessness of the Swans.” RockShock (IT)

“Ethereal, melancholy, atmospheric. Sometimes it can remind us of King Dude (in its most suggestive form), mid-period Swans or Dead Can Dance and Popol Vuh. Of Knowledge and Revelation is an experience.” Rockway (GR)

“With Nero Kane you enter a gloomy and deeply melancholic world, drenched in a flood of emotions, hauntingly cool aesthetics with clerical symbols and accents. Basically, The Cure meets Johnny Cash and Nick Cave. Everything fits together well. Nero Kane creates a quiet, morbid beauty in melancholy, pointing to the shifts in one’s own soul.”  Die Rheinpfalz (DE) – Live Report, February 2022

“The moving pictures of deserted imagery reveal a dusty world and the story of someone lost between their religious reverence and something more mystical. Assembling this goth-folk Americana storyboard through drifting tales and cinematic illusions, Nero Kane’s second album Tales of Faith and Lunacy unravels like a desert procession for the living, searching for a belief.” American Songwriter (USA), February 2021

“Where much of its parent album is informed by Kane’s own lush alt-country vocal style, placing it somewhere in the Nick Cave/Orville Peck universe, having Stella take the lead on Mechthild lends it a ragged, fragile edge and tips it towards the more gothic sounding side of their work.” Louder Than War (UK), January 2021

“From the dusty and bluesy desert of his debut, to a Central European dimension, thanks to the voice of Samantha Stella, which evokes in a disquieting way the vocal ghost of Nico, between the darkest Velvet Underground and a Mark Lanegan groove, for a very intense, true and original album.” Classic Rock Italia (IT) printed edition No. 98 January 2021

“The inner song of the folk soul, but vivified in a mystical lysergic perspective of doom, is a philosophical and spiritual track that brings Kane closer to the romantic sentiment of the more minimal and dark blues Cave, as well as to the surrealist poetics of Rozz Williams. Samantha Stella’s contribution then projects further, into a hallucinatory and neo-pagan cinematic heart that evokes Wenders, Lynch, Bartas and the Hungarian Tarr.” Rating 83/100. Rumore (IT) printed edition No. 347 December 2020

“The desert has long been a destination for many a spiritual quest; Italian psych dark folk songwriter Nero Kane drags it into the sonic landscape with the cinematic Tales of Faith and Lunacy.” Post-Punk.com (USA), November 2020

“Tales of Faith and Lunacy, one of the best episodes of the entire Italian discography released in this strange 2020. A journey of mind, body and spirit.” Rating: 9/10 Tuttorock (IT), November 2020

“After a few sounds it becomes clear that Tales Of Faith and Lunacy will convey an extraordinary experience. Nick Cave has never been darker. Nero Kane moved me deeply with this record, its particular charm and the beauty of darkness.” Rocktimes (DE) November 2020

“Once again Kane prefers ballads dipped in pitch black, swept by desert winds, naturally inclined to be told and to lead to psychedelia. This time, in fact, his voice and his guitar arpeggios sink into vibrant, ecstatic and magnetic drones made of organ, violin and guitar, when Samantha is on vocals, one slips through the Central European meanders of Nico.” Buscadero Magazine (IT) printed edition No. 438 November 2020

“Alternating pale glows and skin-deep emotional darkness, “Tales of Faith and Lunacy” moves inexorably along a dark folk Via Crucis whose thundering pains are throbbing and epidermal. A wild road, where the same cinematography of music needs only our imagination and our suffering.” Indiemusic (FR), November 2020

“The soundtrack is confessional in the same way as Nick Cave and Kurt Vile can manage with a slow melancholic haziness evocative of Mazzy Star. This is a mesmerizing slow-burning cocktail of doubt, dashed hope and the eternal search for meaning and salvation.” The Big Takeover (USA), November 2020

“Bauhaus and Nick Cave reminiscences are easy to conjure, but Nero Kane has an authentically unique ability to console you, even when he’s telling you that your soul is damned. It is the epitome of psychedelia. Atop of the viscerally ensnaring kaleidoscopic tones, you’ll find Samantha Stella Stella’s sermonic vocals which will leave you floored by their gracefully convictive command.” A&R Factory (UK), October 2020

“Nero Kane has become a master of evocative dark, western-tinged psych. He doesn’t just create music, he creates soundscapes with imagery deeply entrenched that leave you so deep in thought you wonder how the effect will ever leave you.”  Backseat Mafia (UK), October 2020

“Nero Kane is back with a psychedelic folk masterpiece, Tales of Faith and Lunacy.”  It’s Psychedelic Baby Magazine (SLO), September 2020

“Live there is an intensity, a sense of foreboding that is heightened routinely by intense atmospherics which makes it unique.” Backseat Mafia (UK) – Live Report, May 2020

“The quality of the songs that Kane wrote and sang here with a distant, lost and frozen voice, reaches a very high level, enough to touch the sublime.” Buscadero Magazine (IT), April 2019

“Nero Kane’s music is a mesmerizing and noir mix of spare psych-folk and stark blues-rock that he makes with his dispassionate, direct vocals.” Rebel Noise (USA), April 2019

“Nero Kane sets off carrying existential melancholy on the path of a Nick Cave ideally accompanied by Ry Cooder of Paris Texas. You can enjoy the first singles Black Crows, Living On The Edge Of The Night and Now The Day Is Over through the beautiful Lynchian videos shot by the performer / video artist Samantha Stella as part of the eponymous experimental film.” La Repubblica (IT), March 2019

“If singer/songwriters are your thing and you prefer a minimalist approach, with influences including country western, psychedelia and desert rock, you could do far worse than listen to Nero Kane.”  Backseat Mafia (UK), February 2019

“Love In A Dying World has the evocative power of a Gothic and introspective western, so solemn and spooky at the same time. A suspended and crepuscular music moves like a sequence plan on desert and visionary registers.” Blow Up Magazine (IT), January 2019

“Wrought with desolate imagery and looming darkness, Nero’s recent single offers a glimpse of the young artist’s mind, which opts for minimalist approaches to psychic conventions. The easiest path to the destination is a straight line, and Nero’s aim is true.“ All Things Go (USA), October 2018 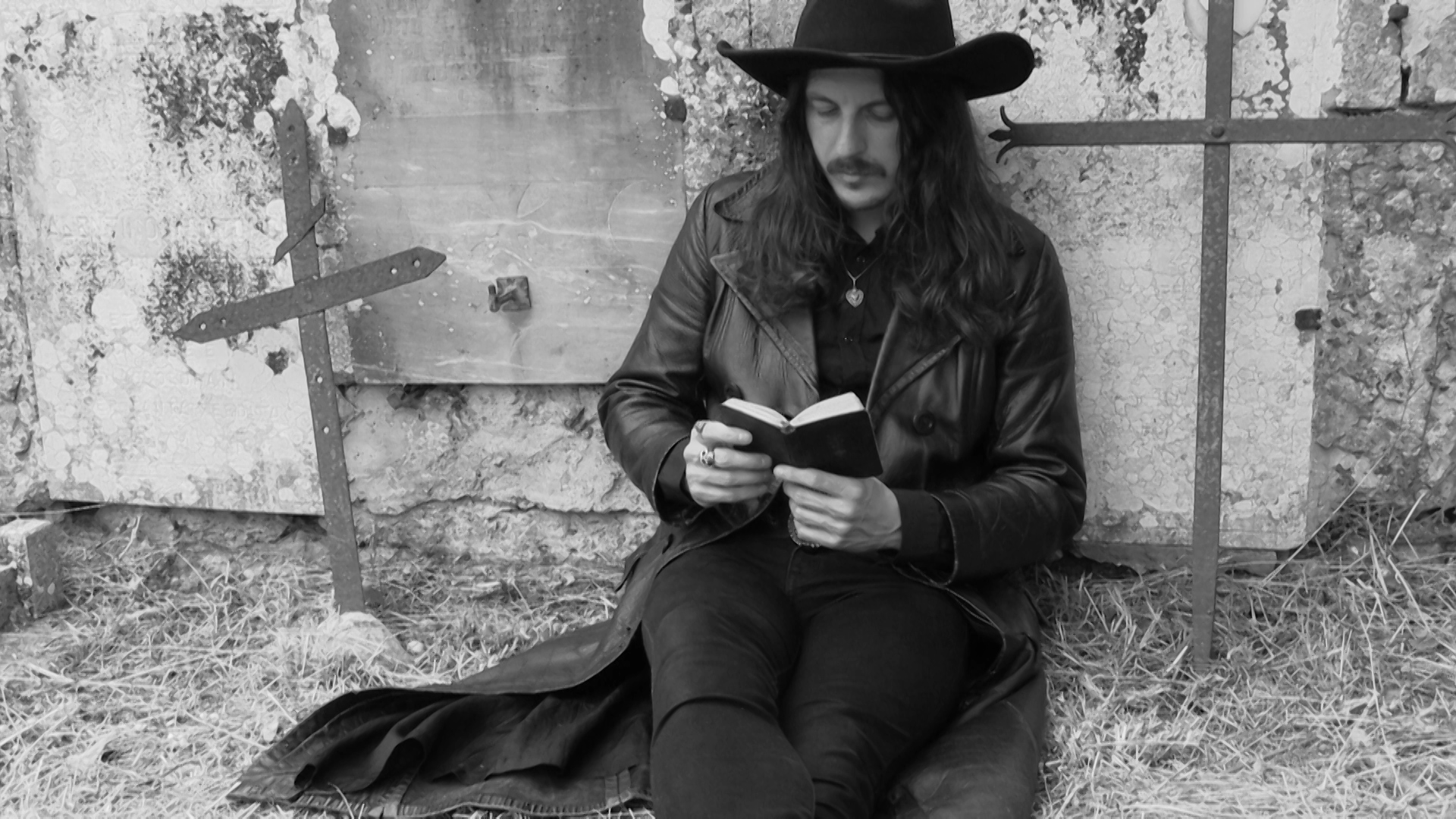 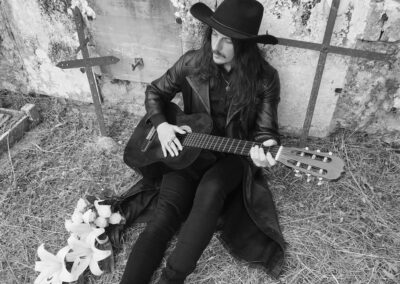 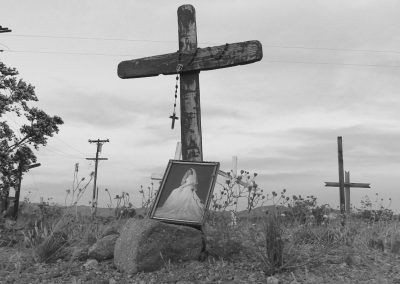 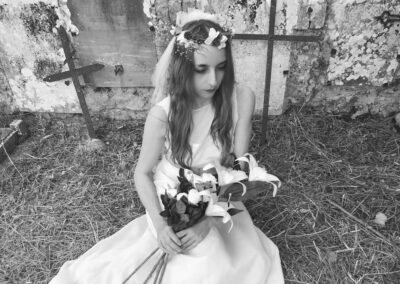 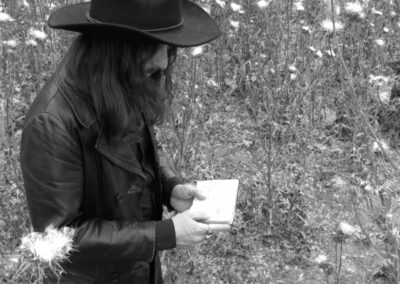